Want to be successful in business? Get on stage!

Multifocal Refractive Lens Exchange -Like shopping for a parachute! 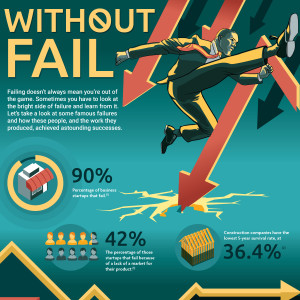 Failing doesn’t always mean you’re out of the game. Sometimes you have to look at the bright side of failure and learn from it. Let’s take a look at some famous failures and how these people, and the work they produced, achieved astounding successes.

Percentage of business startups that fail.( 1)

The percentage of those start-ups that fail because of a lack of a market for their product.(1)

Construction companies have the lowest 5-year survival rate, at 36.4%. (2)

Absolutely no one would ever call these famous figures “failures.” But all of them are no strangers to disappointment.(5)

“I had failed on an epic scale. An exceptionally short-lived marriage had imploded, and I was jobless, a lone parent, and as poor as it is possible to be in modern Britain, without being homeless.”

Before becoming the best-selling author of the Harry Potter series, J.K. Rowling was seriously down on her luck. But she definitely turned it around, with a now $15 million brand.

Estimated net worth of J.K. Rowling (3)

“I didn’t see it then, but it turned out that getting fired from Apple was the best thing that could have ever happened to me.”

Sometimes failures are a blessing in disguise, as the late CEO of Apple discovered. He went on to build an empire that led him back to his own tech start-up and made him a billionaire.

Number of employees that work for Apple (5)

“It’s fine to celebrate success but it is more important to heed the lessons of failure.”

Gates often felt like a failure for dropping out of Harvard, but even more so when his first startup, Traf-O-Data, went under. But he went on to become the billionaire owner of Microsoft and an extremely charitable philanthropist.

Age of Gates when he started Microsoft, becoming the world’s youngest self-made billionaire at the time (5)

“I’ve missed more than 9,000 shots in my career. I’ve lost almost 300 games. 26 times, I’ve been trusted to take the game-winning shot and missed. I’ve failed over and over and over again in my life. And that is why I succeed.”

In his younger years, Jordan was overlooked by some basketball coaches because he didn’t reach the minimum height standard. Now, his championship record and Nike apparel speak for themselves.

“Success is failure in progress.”

Though known as one of the most brilliant minds in history, Einstein was once expelled from school and subsequently refused entrance to the Zurich Polytechnic School.

After failing in business and suffering a nervous breakdown, Lincoln went on to become one of the most influential presidents of the United States.

Here are some simple steps that will help you look at failure a little differently.(7)

2. Learn from failure. Don’t fall into the trap of repeating history. Learn from your failure and vow never to make that mistake again.

3. Realize you’ve nothing left to fear. Once you’ve failed, you’ll know that there is nothing left to be afraid of. You’ve hit bottom, so now all you can do is head upward.

4. Recognize accountability. If you were the reason you failed, accept responsibility. But don’t beat yourself up about it — just move on.

5. Find innovation. In failure, there is room for creativity. Sometimes trying new things leads to failure, but you are more apt to take risks because of it. 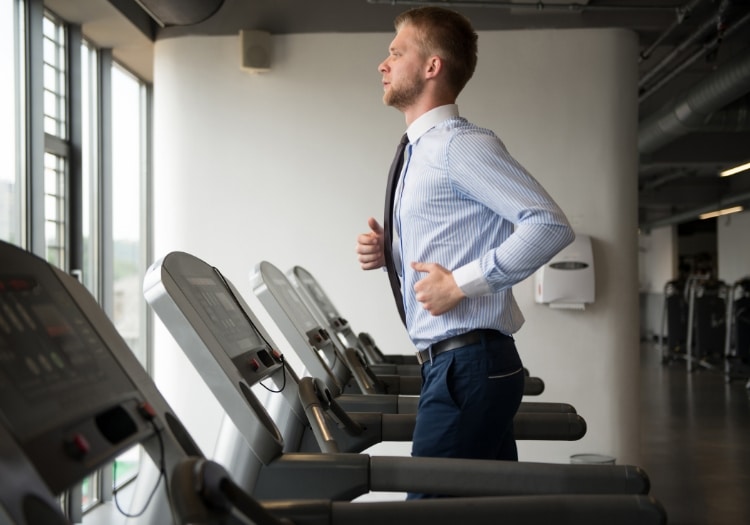 You don’t have to go to the gym to keep fit!

This website uses cookies to improve your experience while you navigate through the website. Out of these, the cookies that are categorized as necessary are stored on your browser as they are essential for the working of basic functionalities of the website. We also use third-party cookies that help us analyze and understand how you use this website. These cookies will be stored in your browser only with your consent. You also have the option to opt-out of these cookies. But opting out of some of these cookies may affect your browsing experience.
Necessary Always Enabled

Any cookies that may not be particularly necessary for the website to function and is used specifically to collect user personal data via analytics, ads, other embedded contents are termed as non-necessary cookies. It is mandatory to procure user consent prior to running these cookies on your website.